Today we have the next installment of our Meet the Planet Four Team series, featuring Michael Aye from the Science Team. 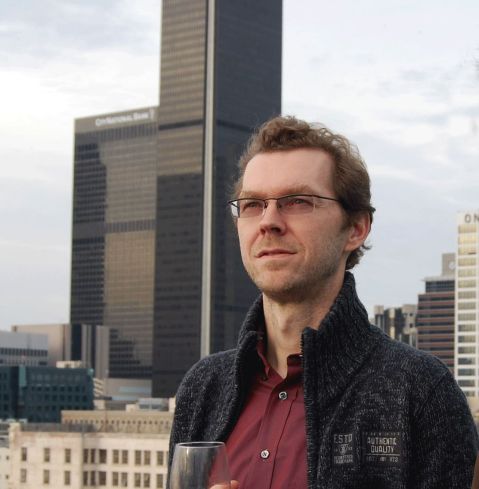 I am from Germany, where I grew up approx 100 km northwest of Hamburg, near the North Sea.

I developed a calibration system for the photo-multiplier based cameras of the ground-based high energy gamma-ray telescope system H.E.S.S. This system was based on using nano-second short UV-laser pulses fluorescing a scintillator material and transporting that broader-band light through 50 m of fiber cables and have all this remote controllable. I finished up with installing and operating a LIDAR and radiometer to monitor the atmosphere status as required to cross-calibrate the observed gamma-ray flashes from the particle showers in the atmosphere.

Mars and Venus are the closest siblings of Earth and to understand their differences makes us understand Earth better (but I don’t like the multitude of Venusian chemistry that much.. yet 😉 The lack of water on Mars really makes it a great lab for studying the interface between the surface and atmosphere because on Earth most of what we see is dominated by water-based erosion. On Mars, it’s the wind and amazing CO2 sublimation effects.

I don’t have much time for reading anymore, but when I did, these books were big fun:

“Get lucky” by Daft Punk

I wouldn’t be able to pick really favorites, but among them are Margaritas on hot days, Caipirinhas and Mojitos. And since my 4 year stay in good ol’ England, I really am loving ales of all kind.