Today we have a guest post from Margaret Landis.  Margaret  is a third year PhD student at the University of Arizona’s Lunar and Planetary Laboratory, where she studies impacts and frost transport on Mars 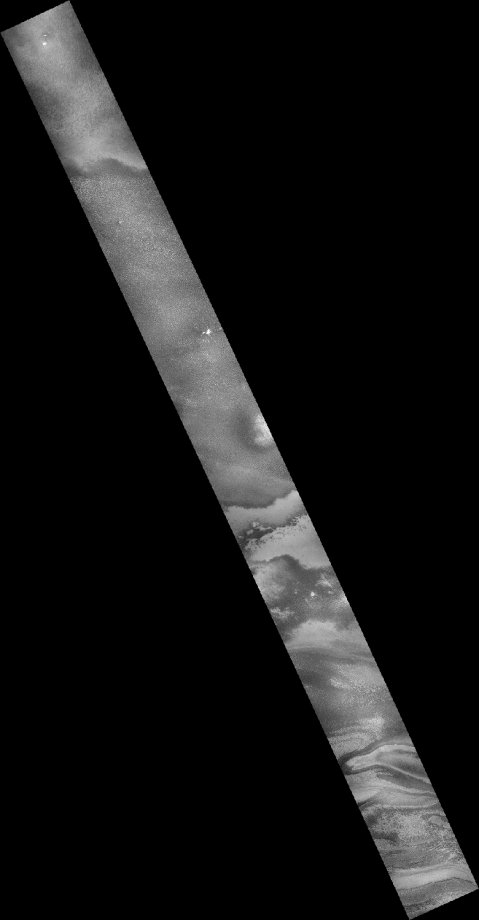 Impacts, from asteroids and comets, occur on every solid surface in the solar system. When a space rock hits a planet, it leaves behind an explosion crater depending on how large the space rock was and how strong the target material is. How we study and count these tells us an incredible amount about the history and composition of the surface: this is one of the reasons why I’m excited about Planet Four: Terrains’ Mars south polar crater tagging!

First of all, craters expose the layers underneath the surface of a planet. Just look at terraced craters on Mars. Of course material can also fill in craters, which means craters are interesting laboratories for exploring the material a planet is made out of.

Second, and what I am primarily interested in for Mars, is that craters can act like a clock for the age of a surface. The number and size of craters on a surface is primarily determined by the types of impactors that are hitting the planet, and we can find this out in a couple of ways. One is looking at the number of asteroids of a particular size which we can do using telescopes, and another is looking at the number of craters that form per a particular period of time. The next step is to find the period of time a certain number of impacts happened over. For the Moon, this is relatively straightforward because there are samples of the rocks returned from the Apollo missions. Using laboratory techniques, geochemists can get an age for the rock. This is a reference point: a certain number of craters on a surface is a given age from the age of a rock returned from the lunar surface. When this is translated to Mars, this becomes much easier said than done.

In essence, if the size of craters is measured and the number of craters at each size are counted up, that can be translated to the number of space rocks that have hit the surface. If we know the rate at which that occurs, we know how old the surface is.

Why do we care about figuring out how old a surface is? For the north and south polar deposits on Mars, they are made mostly of water and carbon dioxide ices. These are powerful greenhouse gasses and could make up a large amount of a possible martian atmosphere. When and where these ices are on the surface tells us more about where and when the martian atmosphere could have gone, as well as Mars’ climate in the recent past.

For example, the polar layered deposits (PLD) are layers of different thickness and dust content, two things that are controlled by the local climate at the time that layer formed. We can measure the relative thinnesses of the layers and get some ideas about how long they took to form. These are similar to ice cores from the Earth, collecting information about what was in the air at certain times. However, unlike using ice cores on the Earth where we can measure the radioactive isotopes trapped within the dust in the ice and determine how old a certain layer is, we don’t have that capability for doing that on other planets yet. So, how can we get an age at a point in the south PLD (SPLD) stack of layers? From the crater age dating!

The residual ice cap is generally considered the layer of the SPLD forming at present day. Using craters, we can come up with an age of the surface.

Once again, this sounds simple but is much more complicated. One of the complicating factors is that the large surface area of the uppermost layer of the SPLD (the southern residual ice cap), and all of it has to be looked over for craters. Another thing that makes the south pole more complicated is that the exotic behavior of the carbon dioxide ice (like “spiders”, geysers, and pit formation) makes for sometimes circular features that are not impact craters, or can quickly hide the tell-tale signs of craters. The longer craters have been sitting out in the erosive environment of Mars, and the softer the rim appears and the flatter the floors become. These old craters can also be covered by other features, too. This is the perfect example of a task that one person could do, but it would take a long time.

This is where citizen science comes in: there are 90,000 km^2 on the surface of the south polar deposits! With lots of people looking over lots of images, the cataloging of craters becomes much faster and straightforward. This means that the crater counts go more quickly and accurately, which fits into figuring out the surface age and recent geologic history of the south polar deposits.

With all the images tagged as containing craters, I’ll build a crater database in order to enter Mars Reconnaissance Orbiter’s High Resolution Imaging Science Experiment (HiRISE) suggestions to get more detailed images of each of the craters in order to mark their location and measure their diameter. South polar summer happens later this year, and I’ll be sure to write an update on the project’s progress!