The science team is making great progress towards freezing developing of the Planet Four clustering algorithm. I reviewed some of the output from the pipeline Michael Aye has been writing. Basically the task was to check on the few issues we were working on addressing by having a two size regime clustering for blotches drawn by volunteeers and pick the parameters that seemed to work best for the data.The good news is we see an improvement.

I thought I’d share some of then plots so you so you can see how close we are to finalizing the pipeline. These plots are at the stage of clustering all the blotch markings alone and then clustering all the fan markings alone. We combine the fans and blotch markings into one later on in the process. For now we’ve just run the first part of the clustering pipeline and outputted the results to these figures.  As you can see we’re doing pretty well at picking up all the fans and blotches marked by the majority of the classifiers who made a marking on the subject image.

We’ve got one or two more tweaks we brainstormed in the last science team call last week, and once we review those I think we’ll be freezing development on this part of the Planet Four analysis pipeline until after the first paper is submitted. 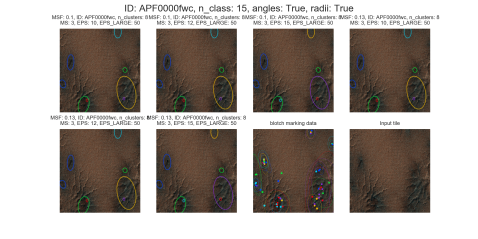 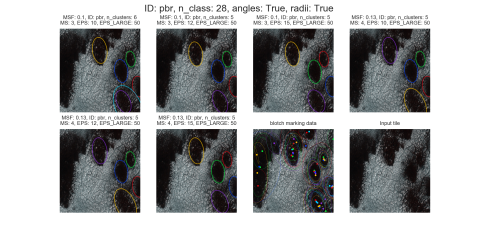 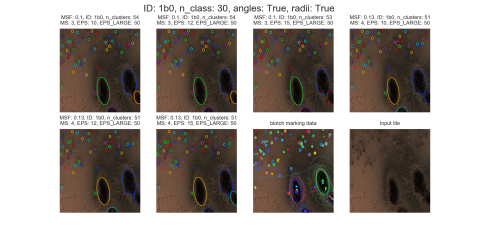